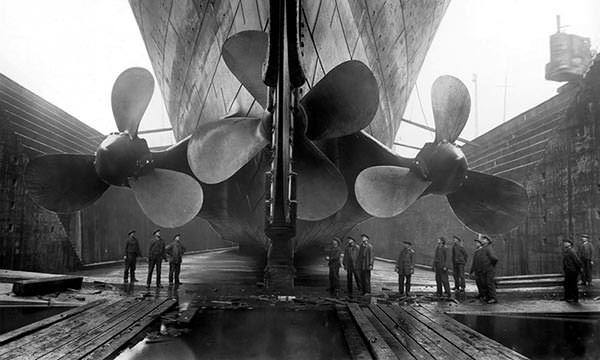 Above: This view gives a sense of the enormous size of the Titanic.

175 feet – Titanic’s height measured from the top of the funnels to the keel, also referred to as the hull (53.3 metres).

How Much Did The Titanic Weigh?

1,328 – the difference in tonnage between Titanic and her sister ship Olympic (resulting from the increased size of her deck houses and other external additions).

34 feet 7 inches – the draught of Titanic; i.e. the vertical distance between the waterline and the bottom of Titanic’s keel (10.4 metres).

92 x 114 feet – the dimensions (width x length) of the largest room on the ship, the first class dining saloon on deck D.

1,116 – the number of portholes (also called ‘sidelights’) in Titanic’s hull.

419 – the combined number of windows in the hull and deckhouses. 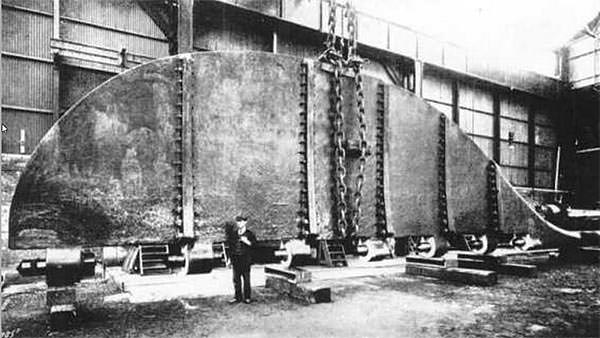 Above: The rudder of the sister ship Olympic, comparable to that used on Titanic, under construction at the Darlington Forge Company Limited.

100 tons – the weight of the rudder (it was so heavy that one of two steam-powered steering engines were needed to operate it). 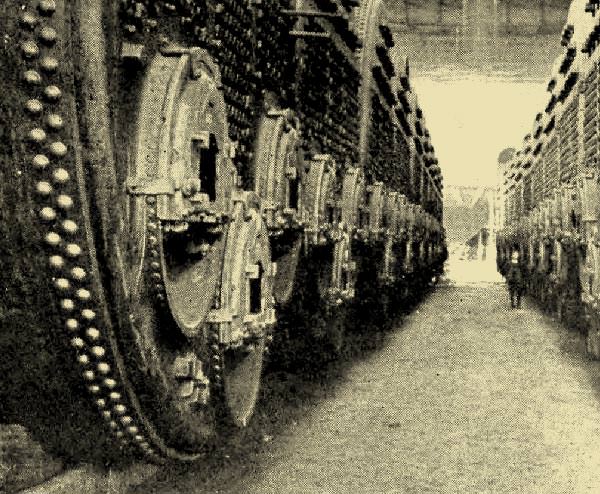 Above: Boilers ready for installation in the Titanic. Note the size of the figure stood in the middle distance.

Now that you have a sense of the size of Titanic, why not read even more facts about the ship, find out about the people who built her, or discover how big the iceberg was that sank Titanic.